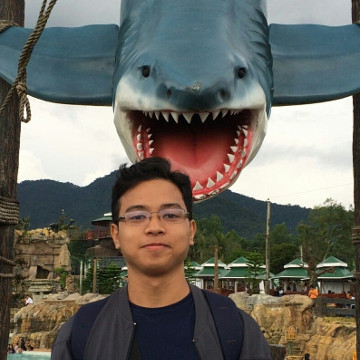 For me the movie Nadie Sabrá Nunca (No One Will Ever Know) is a beautiful film that tackles about escapism. I was actually smiling when the mother and the child started to daydream. The film was released on 2018 and directed by Jesús Torres Torres.

Today, daydreaming could be a strange thing for those who haven’t ever experienced it. Never wants to get bored. Always having something to do. Wants to be entertained even during down time. Those among us who were born in a generation when people are constantly facing the screens.

The movie portrays the life of a family living in a small town. A local friendly to the little boy even said that the place is becoming more like those in the movies — a ghost town. The town is setup to be on a mountainous remote rural area. There’s a mill, a church, a town hall that also doubles as a sheriff headquarters, a cell holding what could a prison, and also a basic elementary school. There is one store, and farms, livestock, and a couple of homes. It could be during the 80s or earlier. Cars, radios, black and white television, and it is mentioned that cinema theaters with color already exist. You can hear the sound of the rooster, and whistling of songs. It’s a peaceful town. It’s a place I see myself on retirement.

However for Lucia, the main character playing as the mother played by the actress Adriana Paz, life for her and her family could be more progressive. Locked by her love to her husband, and cold pressure of staying in that town until death by her parents, she knew that place could be her immovable anchor. Her husband also seems to show disinterest towards her. Despite that, she still desires to move to Mexico City. Especially for her children’s future. She doesn’t want them to be stuck on that place forever and only be like those who stayed.

Braulio, Lucia’s child, is always fascinated about guns, cowboys, and tv drama. Like any child, he likes to play and also act like an adult. He likes to observe the local enforcer handling his gun, his father riding the horse, watching his parents clean their gun. After school, he stays glued watching the television at the store where Lucia would pick him up. He is curious about life and other places, what it’s like to be in a cinema theater, asking the store owner of her experience and his abuelo’s experience on going and watching the movies on a big screen.

For Lucia, she wanted an outlet from her depression, fear, frustration, and regrets. Braulio is just looking to explore, and being creative, and imaginative. For both of them, listening to the radio drama is what became their bonding activity. Their escape.

When Rigoberto, the father, left their home for two weeks which is already a long time, Lucia and Braulio felt relief. Then something magical happened. Both of their fantasies is becoming more real to them.

One rainy night, a familiar character came to their home. Bernardo, the protagonist in the drama they were following. Bernardo stayed in their homes, tended to the farm animals, help with the chores, fixing the broken radio, dining with them. Bernardo became Lucia’s lover. Bernardo became Braulio’s guardian. All three of them went to places, practiced shooting guns, walked together. For Lucia and Braulio, Bernardo is real. In reality, I am curious as to what actually happened during this time. Are they having delusions?

When Lucia’s sister came to town for a short vacation, she insisted they bring Braulio with them to Mexico City. For me it’s her selfless act of love towards her son. For him to get a chance for a better future. She knew that giving him away is a very painful choice she would have to live with every day. Days passed and when Lucia got a letter from her sister notifying her of how thing are going with his son, she felt content.

The movie speaks to me greatly about three things.

One is that it showed me how two person could have a shared experience but not necesarily for the same reasons, and not the same outcome. I belive this happens to all of us.

Another is that I am grateful that I used to daydream when I was young and still do. Sometimes I catch myself staring at a blank piece of paper and yet I thought I was sketching a scene from when I traveled out of town with my friends. For me it’s okay to do nothing if it means getting to know and taking care of myself mentally. It’s also helping me anticipate about things. Placing objects in the right order. Questioning the choices I have and what to make of them. Portraying what I wanted to see out of the photos I take. Visualizing steps on how to approach a problem. I do recognize the extremes and I know I am not up for it. I enjoy it for recharging my mental state.

Finally the movie left me asking, since when is becoming ambitious considered a bad thing by default? I relate to Lucia’s character as being poor, and having no early advantage or privilege. I always wonder how things would turn out for me if circumstances have been different. Yes, becoming ambitious could also be dangerous. Although coming from a position of surviving instead of living, I believe wanting something better for myself is not too much to ask.

🐋 hello there! If you enjoy this, a is enough.

Buy me a tea